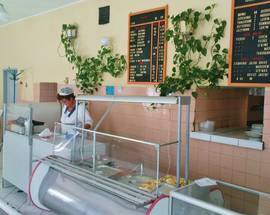 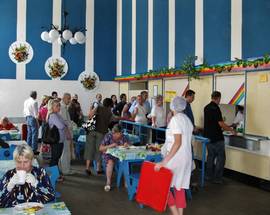 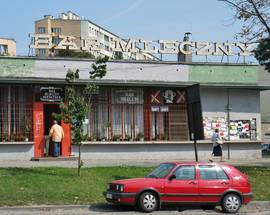 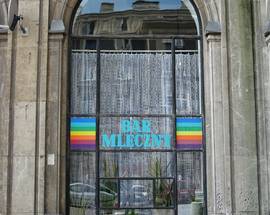 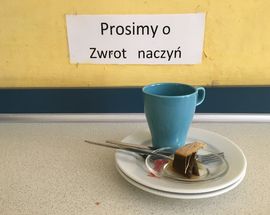 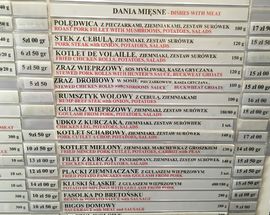 A lot has changed over the years since communism got kneecapped (1989) and Poland joined the EU (2004). Today a destination as popular as Kraków hardly seems any more alien or adventurous to tourists than well-frequented Paris or Venice. And while many of the old ways of the old days have disappeared or become slightly disneyfied, one relic remains resolutely un-Western: the Polish milk bar (‘bar mleczny’ in Polish). These steamy cafeterias, serving traditional cuisine to an endless queue of pensioners, students, labourers and tramps, provide a grim glimpse into Eastern Bloc Poland and typically have all the atmosphere (and sometimes also the sanitary standards) of a gas station restroom. We love them. For the cost of a few coins you can eat like an orphaned street urchin, albeit an extremely well-fed one. Put Wawel on hold, a visit to the milk bar is a required cultural experience for anyone who has just set foot in the country.

As in so many things, Kraków has the distinction of being the birthplace of the bar mleczny. Poland’s first milk bar was actually opened on Kraków’s market square on May 30th, 1948. Originally no hot dishes were served; this was a place where you went simply to enjoy milk (hence the name), humbly served in a .25 litre glass with a straw (so classy). Run by the government, this was the Party’s ‘clever’ attempt at popularising milk-drinking (as opposed to moonshine), inspired by Poland’s large surplus of dairy products. As restaurants were nationalised by PL’s communist authorities, more and more milk bars appeared in their place, with the Party concept being to provide cheap, dairy-based meals to the masses (as cheerlessly as possible, apparently); in fact meals at the local milk bar were often included in a worker’s salary. In addition to milk, yoghurt, cottage cheese and other dairy concoctions, milk bars offered omelettes and egg cutlets, as well as flour-based foods like pierogi.

Times were so desperate under communism that thievery of the cutlery and flatware was commonplace, resulting in many milk bars switching over to disposable dishes; despite the advancement of the Polish economy in the decades since, you'll still find one-use dishes in many establishments and salt and pepper are often dispensed from plastic cups with a spoon. Similarly, the orders are still typically taken by blue-haired, blue-veined, all-business babcias (Polish grannies), and the food is as inspired as ever - the only difference being that meat is no longer rationed in modern PL. Indeed, today’s milk bars evoke a timelessness to be savoured just as the milk soup served to schoolchildren in PL in the 1980s was. With the collapse of communism most bar mleczny went bankrupt, however, some of these feed museums were saved and continue to be kept open through state subsidies. The range of available dishes begins to fall off as closing time approaches, so go early, go often. Below are our favourite milk bars in the city centre.

Osiedle Centrum C 1
/krakow/bar-mleczny-centrum_149017v
Located right on Plac Centralny, as it has been since Nowa Huta was constructed in the early 1950s, th
see more
Milk Bars

ul. Grodzka 43
/krakow/pod-temida-milk-bar_54398v
Located right on the Royal Route, this is the easiest milk bar to find - look for the blue and white 'Bar Mleczny' sign - and therefore probably the most …
see more
Milk Bars

ul. Celna 4
/krakow/Bar-Poludniowy_54481v
This classic Podgórze milk bar was once right on the neighbourhood's market square. Despite a move around the corner, it continues to feed Podgo's hungry and …
see more
Milk Bars

ul. Daszyńskiego 19
/krakow/Bar-Targowy_54386v
Legendary milk bar around the corner from Hala Targowa. You know it must be good when people are leaving with huge 5 kilo bags of pierogi...
see more