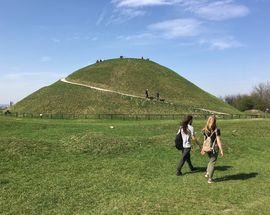 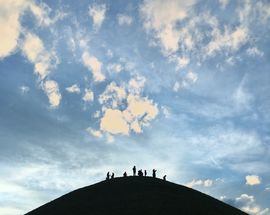 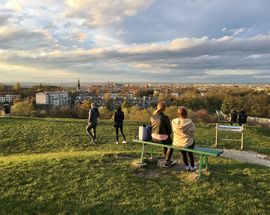 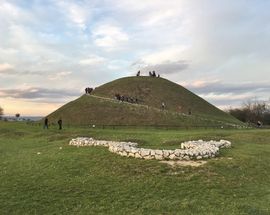 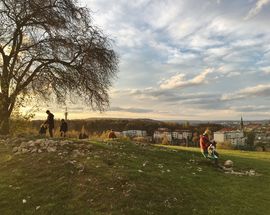 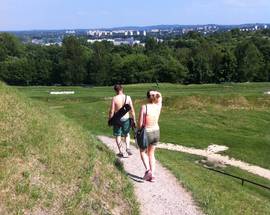 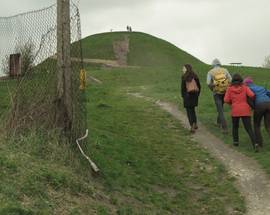 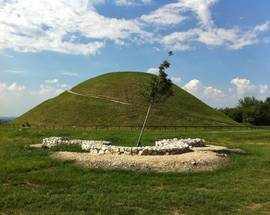 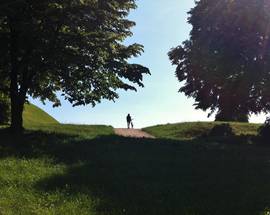 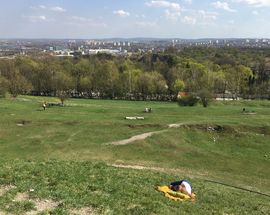 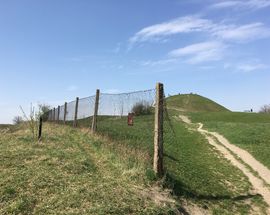 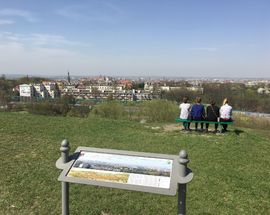 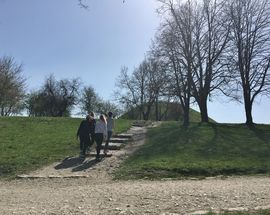 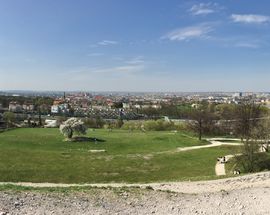 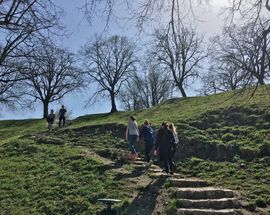 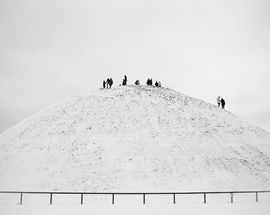 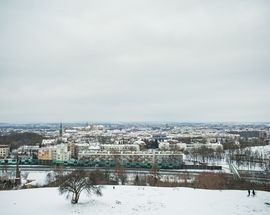 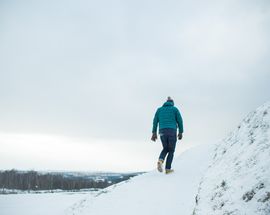 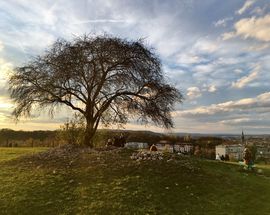 The oldest structure in Kraków, Krakus Mound is one of two prehistoric monumental mounds in the city and is also its highest point, providing incredible panoramic views from its sixteen-metre high summit. The site of pagan ritual for centuries, the mound retains an ancient, evocative atmosphere amplified by the surroundings of the cliffs of Krzemionki, the green rolling fields of Płaszów, the grim Liban quarry and the Podgórze cemetery. With incredible views of the city, Krakus Mound lies at the centre of one of Kraków's least explored and most captivating areas and should be visited by anyone looking to take a rewarding detour from the beaten path. It can be approached most easily from the major intersection of Al. Powstańców Wielkopolskich and ul. Wielicka via ul. Robotnicza to the steps of al. Pod Kopcem, or by following ul. Dembowskiego to the pedestrian bridge over al. Powstańców Wielkopolskich to the base of the mound.

The result of great human effort and innovative engineering, Krakus Mound has long been a source of legend and mystery. Connected with the popular story of Kraków's mythical founder, King Krak or Krakus, the mound is said to have been constructed in honour of his death when noblemen and peasants filled their sleeves with sand and dirt, bringing it to this site in order to create an artificial mountain that would rule over the rest of the landscape. In the interwar period, extensive archaeological studies were undertaken to try to date the mound and verify if there was truth to the legend that Krak was buried beneath it. Though no trace of a grave was found, artefacts from the 8th century were uncovered, and it was determined that a massive 300-year-old oak, likely cut down in the 11th century when St. Benedict's Church was built nearby, once stood atop the mound. There is general agreement today that the mound was created by a Slavonic colony sometime between the latter half of the 7th century and the early 10th century, though other hypotheses credit the structure to the Celts.

Originally there were four smaller mounds around the base of Krakus Mound, however these were levelled in the mid-19th century during the construction of the city's first fortress which surrounded the area with a wall embankment and a moat (later levelled in 1954). The location of the Krakus Mound and the Wanda Mound in Mogiła - the city's other, lesser prehistoric earthwork - hardly seems accidental. In addition to being an ideal vantage point over the surrounding valleys, when standing on the Krakus Mound at dawn on June 20th or 21st the sun can be seen rising directly behind Wanda's Mound; conversely, standing on Wanda's Mound at dusk, the sun sets in a straight line behind Krakus Mound. The legend of Krakus Mound inspired the modern creation of burial mounds for Kościuszko and Piłsudski and today they remain one of Poland's greatest archaeological mysteries.
Show on map