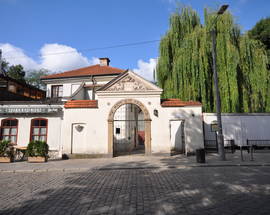 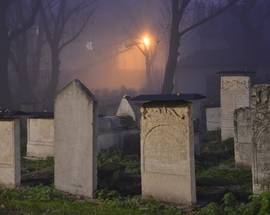 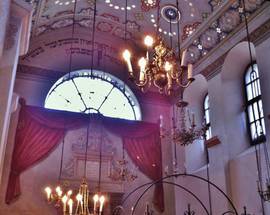 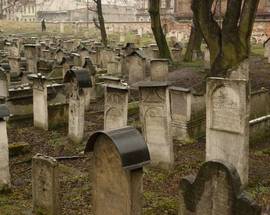 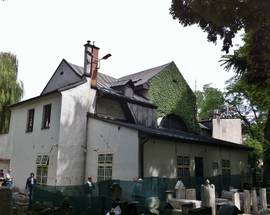 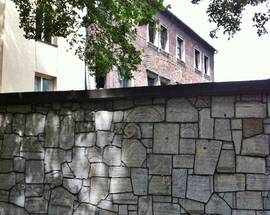 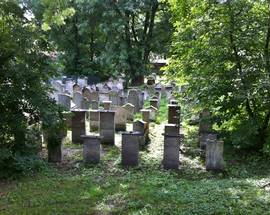 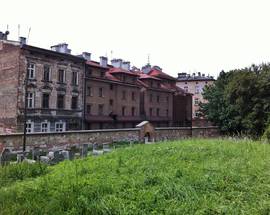 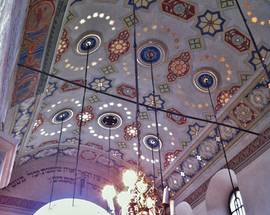 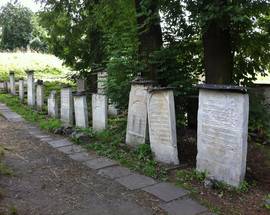 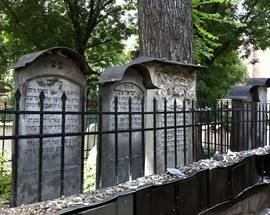 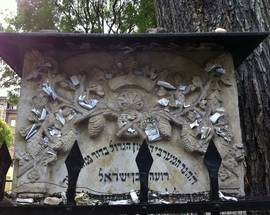 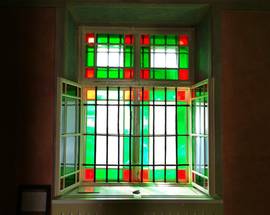 Dating from 1553, this is Kraków's smallest but most active synagogue, with Shabbat services once again taking place here each Friday following the recent completion of restoration works. The synagogue was established by the family  famous 16th century Polish rabbi Moses Isserles - better known as 'the Rema,' based on a Hebrew acronym, and is unique for the proximity of the Old Jewish Cemetery adjacent to it. In use until 1800, this holy burial ground fell into utter ruin during Nazi occupation with only a dozen tombstones surviving WWII in their original state; among them was that of Rabbi Moses Isserles, which many interpreted as proof of his miraculous power. After the war the cemetery was 'tidied up' with many of the intact tombstones being rearranged in straight rows, and fragments of those which could not be restored used to create a 'wailing wall' along ulica Szeroka. Today the cemetery and synagogue - whose modestly decorated interior features a reconstructed bimah and restored ceiling motifs - are an important pilgrimage site for devout Jews from all over the world.

ul. Szeroka
featured
/krakow/ul-szeroka_148017v
Kraków’s very own 'Broad Street' (as the favourite opening line of local tour guides goes) might differ considerably from its NYC doppelnamer, but the moniker fits; the street is so wide that it actually functions more like an elongated town square (‘
see more
Featured

ul. Jerozolimska 25
/krakow/former-podgorze-jewish-cemetery-grounds_152789v
One of the main areas of recent restoration work in the former KL Płaszów camp has been that of the two pre-war Jewish cemeteries located h
see more

ul. Miodowa 55
/krakow/new-jewish-cemetery_16496v
This expansive cemetery was established in 1800 and was the burial ground for many of Kraków's distinguished Jews in the 19th and early 20th centuries. Once 20 hectares, today only 4.5 remain thanks to wartime devastation, post-war neglect and modern
see more