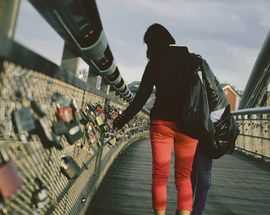 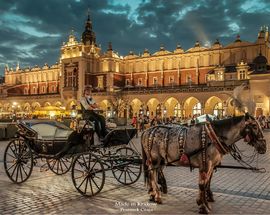 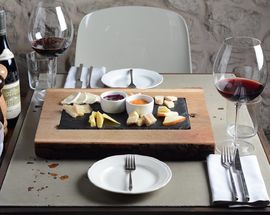 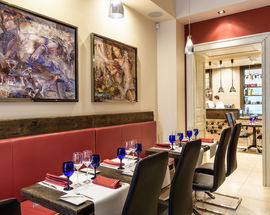 Valentine’s Day is a relatively modern concept in Poland and, like Halloween, seems to have come from the west over the past 20 years. For Poles the traditional ‘Lovers’ Day’ as it were would be Noc Kupała or St. John’s Night - celebrated on the night of June 21st. Marking the beginning of summer the tradition sees young women making wreathes (wianki) of flowers which are then cast off into the river. According to tradition if your wreath joins up with another you will have found a friend for life, while if a young man snatches yours from the water you will have found a partner for life.

Valentine’s Day, however, is now well established in PL and you will see many places in Kraków promoting special Valentine’s Day packages and offers. While we'll leave that to you to figure out, here are some other ideas if you are here over the Valentine’s weekend and want to romance your significant other.

First of all you could find yourself in very few cities more suitable for a romantic weekend. The Old Town forms a wonderful backdrop for a romantic tryst and a stroll around its cobbled streets certainly helps set the mood. You might also be interested in following a new tradition that has sprung up in Krakow at the city’s ‘Love Bridge’. The Father Bernatek footbridge which links the Kazimierz and Podgórze districts has been adopted by young lovers and follows a trend seen in a number of other cities around the world. 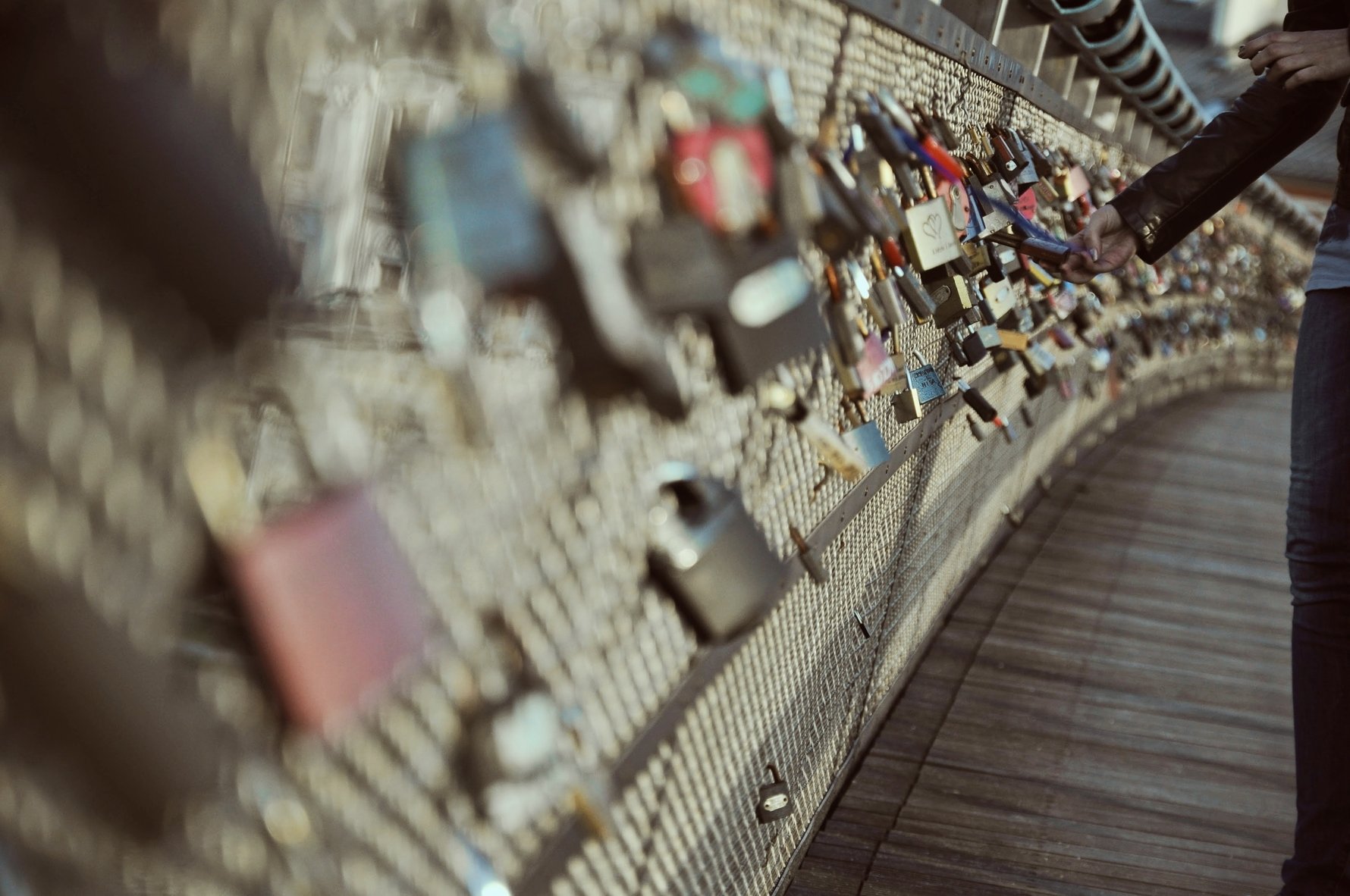 The first thing you’ll notice about the bridge is that it is covered in padlocks, many engraved with the names of lovers. The legend behind this particular tradition is remarkably modern. In 1992 Italian author and filmmaker Federico Moccia published a love story entitled Tre metri sopra il cielo. The book told the story of two young Italian lovers. The hero convinces his girl that it is traditional to seal their everlasting love by attaching a padlock to the third lamppost from the north side of Rome’s Ponte Milvio. Having closed the padlock the key was then thrown into the Tiber flowing below signifying the bonding of the pair forever. While the book later went onto become a film, the story prompted a series of ‘Love Bridges’ to spring up all over the world. In Kraków young couples have taken to engraving padlocks with their names before fastening them to the bridge and together throwing the key into the Wisła. As you can see many couples have already done this and the water below the bridge must be swimming with small padlock keys.

After having secured your padlock take a stroll through the Old Town, and the particularly atmospheric Planty park ringing the Old Town. This is a particularly magical place at this time of year, even more so if covered in freshly fallen snow. Having set the mood and no doubt worked up an appetite, head for a romantic meal in one of the charming restaurants we list below; just bear in mind that you'll likely need a reservation.

ul. Kazimierza Brodzińskiego 4
EDITOR'S PICK
/krakow/euskadi_151313v
With an expert chef, imported Spanish products and fresh seafood flown in from Venice, this tiny restaurant in Podgórze has the distinction of being Kraków's …
see more
Editor's pick
Polish

ul. Kanonicza 22
/krakow/pod-nosem_131037v
An elegant upscale dining experience on Kraków's oldest street, 'under the nose' (as the name translates) of
see more
Polish

ul. Bocheńska 5
/krakow/bottiglieria-1881_122641v
We've been touting this place for years, but now Bottiglieria 1881 has the industry accolades that people apparently value, earning the city's first and …
see more
Polish

Rynek Główny 17
/krakow/szara-ges_146019v
Within one of the most coveted locales on Kraków's market square, nestled among some of the most exclusive tables in town, 'The Grey Goose' has confidently …
see more
Italian

ul. Brzozowa 17
/krakow/karakter_148448v
Whatever the magic ingredient is for a successful restaurant, there's little doubt that Karakter has it. The slightly retro modern interior, full of soft …
see more
International

ul. Kanonicza 16 (Copernicus Hotel)
/krakow/copernicus_16799v
Inside one of Kraków's most exclusive hotels you'll find one of its most exclusive restaurants, with high-class service inside an elegant gothic interior that …
see more