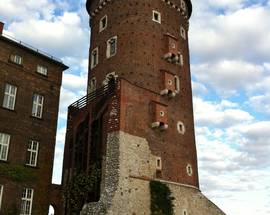 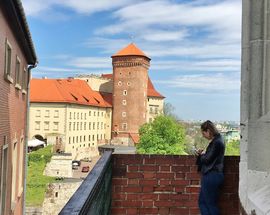 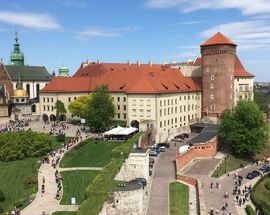 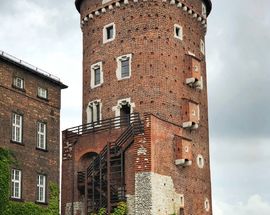 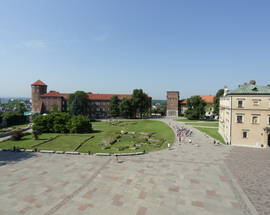 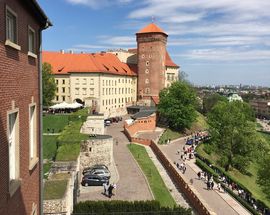 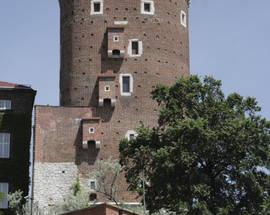 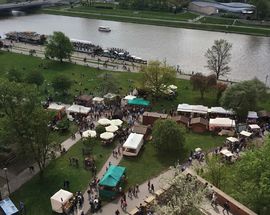 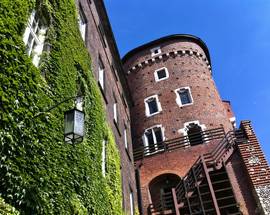 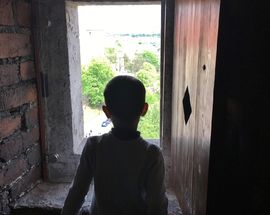 One of Wawel's two artillery towers, Sandomierska Tower was built around 1460 to defend the castle against attack from the south. A small chamber on the third floor would have served as either a guard's lodging or a prison for nobles, whereas common criminals were held in the dungeons. Open to tourists from April 23rd until the end of October, climb the 137 winding steps for decent views, particularly of the castle courtyard and Cathedral, though the photo opportunities aren't great.

Admission 5/2zł. Tickets are sold from a machine outside the entrance, or in the Wawel Visitor Centre.