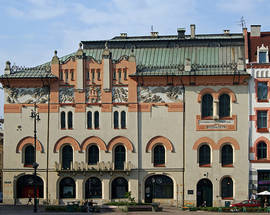 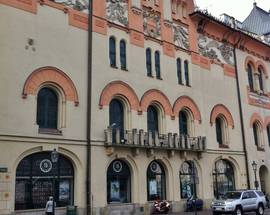 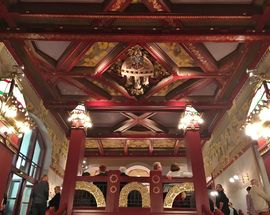 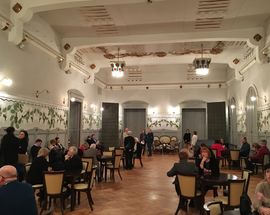 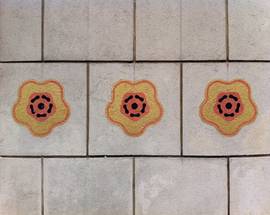 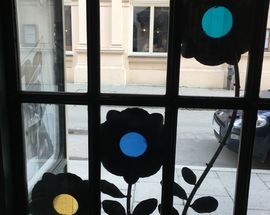 Indeed the second-oldest theatre in Poland, the 'Old Theatre' has had a complicated history closely intertwined with that of the Słowacki Theatre. Established in 1781, when actor Mateusz Witkowski acquired permission from city authorities to stage comedies in the Spiski Palace (Rynek 34), the Kraków Theatre was the first institution in the city to put on regular plays open to the general public. Crucially, despite the impending partition of Poland and subsequent annexation of Kraków into Austria-Hungary performances could still be staged in Polish, allowing the local theatrical scene to flourish.

In 1799, thanks to the efforts of new director Jacek Kluszewski, the theatre was moved out of a dingy hall in the Palace and to its current location on Plac Szczepański, where two of Kluszewski’s houses were specially rebuilt for the purpose. A few decades went by peacefully enough, when things suddenly took a weird turn: in 1830 Kluszewski’s contract was terminated due to the declining quality of the repertoire and the theatre as such; however, he remained the official owner of the playhouse, and decided to charge such an obscene amount of money for its use that the new director was forced to use the abandoned Church of St. Ursula (now no longer standing) instead. Luckily for the theatre, the old man died in 1841, and his heirs turned out to be more reasonable: the building was sold to the theatre and served it until 1893, when a fancy new playhouse - complete with electrical lighting - was opened on Plac Św. Ducha (spoiler: it is now the Słowacki Theatre).

The Plac Szczepański venue was rebuilt to include a concert hall, restaurant, and commercial spaces; in the late 1920s and early 1930s it housed the Municipal Drama School. Regular performances resumed shortly after WWII, mostly state-sanctioned social-realist flops staged also at the Słowacki Theatre. In 1956 the institution was renamed the Helena Modrzejewska Old State Theatre, after the renowned actress (known across the pond as Helena Modjeska) who spent four years performing here in the 1860s. With Stalinism gone and artists eager to test state censorship, the theatre flourished, and the eventual fall of communism erased almost all barriers to what could be performed on stage - except for the audience’s sensibilities, of course. In 2013, another historic moment took place at the theatre, when viewers enraged at the heavy sexual content in Jan Klata’s interpretation of To Damascus by Swedish playwright August Strindberg caused an uproar big enough to halt the performance (an apparent first).

Today, the Old Theatre stages a potpourri of contemporary Polish and international plays with the occasional Shakespeare, Ibsen, or Wyspiański. In contrast to the city's other theatres, many shows are performed with English subtitles, and English subtitles can actually be arranged for any night's performance if requested by a group of 10 or more people.

ul. Jagiellońska 1
/krakow/micet-interactive-theatre-museum_148409v
This new name-challenged museum in the basements of the Stary Teatr (Old Theatre) presents the theatre's achievements through a digital archive, pays homage to theatre
see more

Plac Szczepański
/krakow/plac-szczepanski_37320v
Despite its prime location lined with beautiful Art Nouveau townhouses, it wasn’t long ago that this historical square was an eye-offending car park flanked with
see more