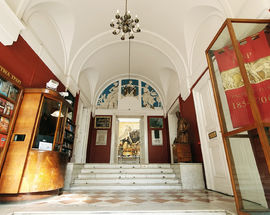 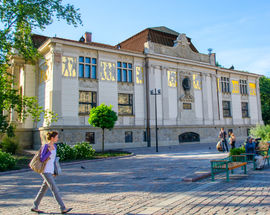 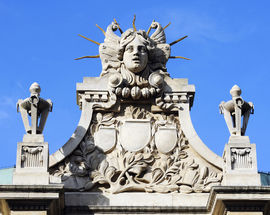 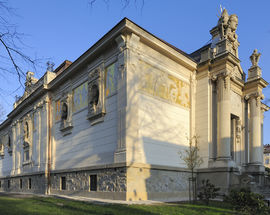 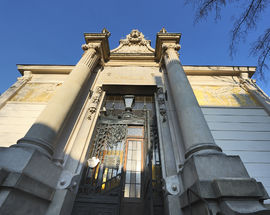 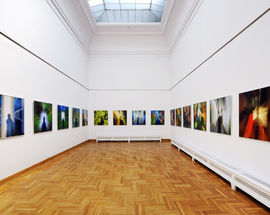 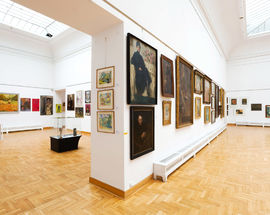 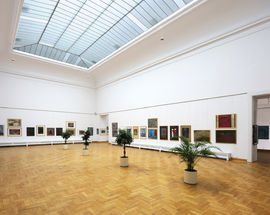 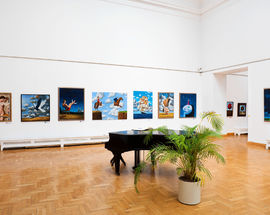 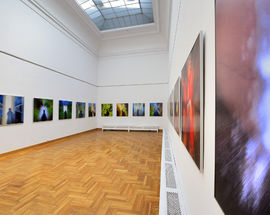 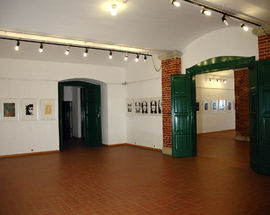 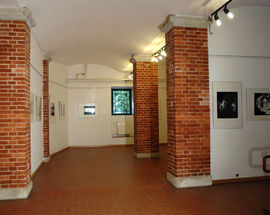 This gorgeous Art Nouveau building on Plac Szczepański is the seat of the Friends of the Fine Arts Society - the oldest such organisation in Central Europe, dating back to 1854. Built in 1901, their headquarters was Kraków's first Art Nouveau building, but the facade also exhibits elements of modernism, symbolism and neo-classicism; inspired by ancient Greek temples, the monumental edifice conveys its function as a modern-day temple for the cult of art. The gold bas-reliefs wrapping around the exterior depict the highs and lows of the creative process, and were executed by the famed 'Father of Polish Symbolism' Jacek Malczewski. Busts of Poland's most famous contributors to the arts - with Jan Matejko front and centre on the Plac Szczepański side - fill niches in the facade, and the large head of Apollo crowns the main entrance. Today the Palace of the Arts remains one of the most prestigious exhibition spaces in town, with 3 separate exhibition spaces hosting upwards of 30 contemporary art exhibits each year.

ul. Sarnie Uroczysko 15
/krakow/karol-estreicher-villa_159337v
This historical timber villa was the private home of Professor Karol Estreicher Jr., who moved it from Ojców to this picturesque estate in Wola Just
see more

Plac Szczepański
/krakow/plac-szczepanski_37320v
Despite its prime location lined with beautiful Art Nouveau townhouses, it wasn’t long ago that this historical square was an eye-offending car park flanked with
see more