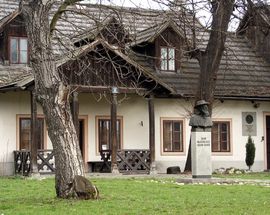 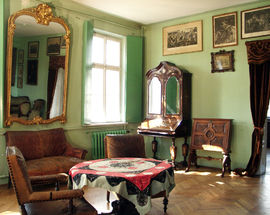 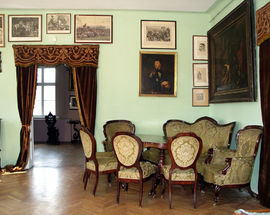 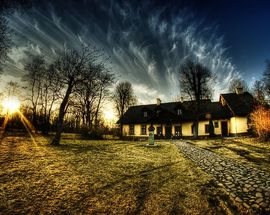 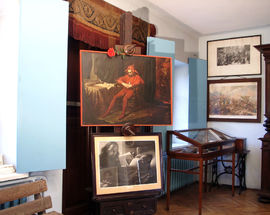 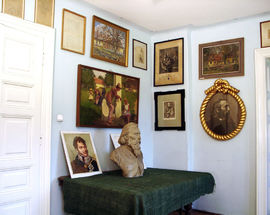 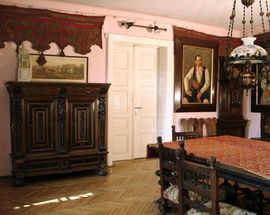 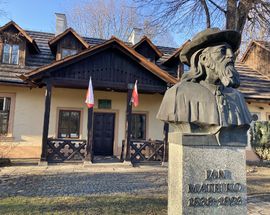 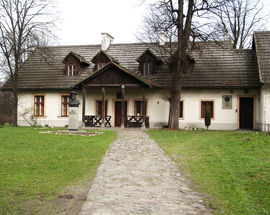 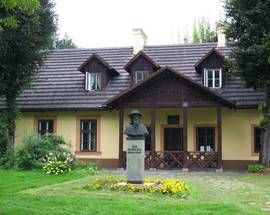 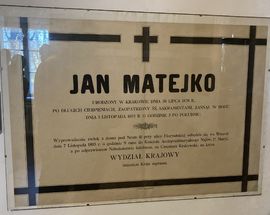 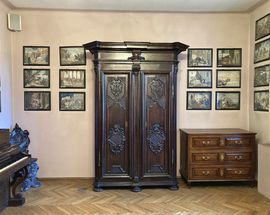 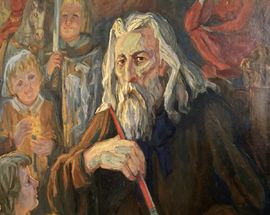 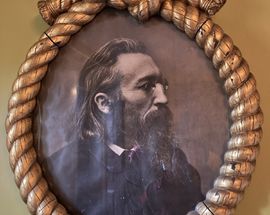 Located in Krzesławice - a former village hidden just one street behind Nowa Huta’s artificial lake, here you’ll find the small manor house with a wood shingle roof once used as a workshop by Poland’s greatest 19th century painter, Jan Matejko. Though seemingly ironic today, this is where the artist went to escape the crude haste of life in Kraków. First inhabited by Hugo Kołłątaj - an eminent Enlightenment political activist who co-penned Poland’s constitution (the first in Europe), Matejko purchased the manor in 1876, adding on the porch and the extension which would house his workshop. Inside, guests are taken on a short but informative tour, during which you'll see reproductions of Matejko’s famous ‘Gallery of Polish Kings,’ as well as many illustrations, everyday items and period furniture. The hours are a bit erratic, so if you're determined to visit, it's wise to call the number provided, or tel. 501 45 12 52 if the main number fails.

Next door is the wooden Church of St. John the Baptist - also worth seeing.

The Palace of Fine Arts

Church of St. John the Baptist

ul. Wańkowicza
/krakow/church-of-st-john-the-baptist_55737v
Next door to Matejko's manor house, this is one of two wooden churches in the area. Built between 1633 and 1648 in the village of Jawo
see more

ul. Floriańska 41
/krakow/jan-matejko-house_17099v
Jan Matejko was Poland's greatest historical painter whose work and life is honoured in the house where he was born, lived and would eventually die in the 1890s. As well as some witty imaginings of Kraków medieval life, studies for gargoyles, and coll
see more

ul. Basztowa
/krakow/jan-matejko-monument_123080v
Unveiled in November 2013, this monument pays homage to one of Poland's greatest painters, and one of Kraków's most beloved sons: Jan Matejko (1838-1893). 2013 was not only the 175th anniversary of Matejko's birth in Kraków, but also the 120th anniver
see more

Though most tourist maps show Jan Matejko's house accessed by a wooded trail behind the playground at Nowa Huta Lake, this path has been blocked by a locked gate which the locals react by easily climbing over. When we did as well we were instantly stopped by the police who, admitting the gate's presence was mindless, didn't give us much of a hard time.
Take your guide with you Download a pdf