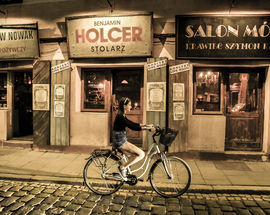 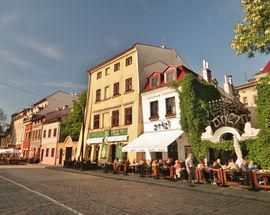 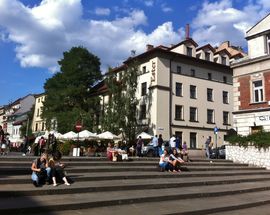 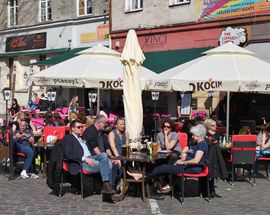 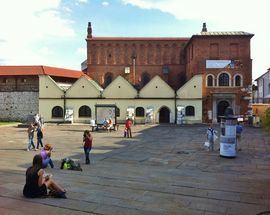 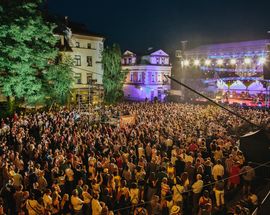 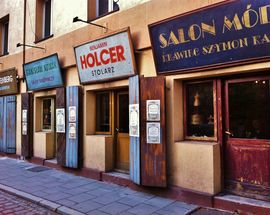 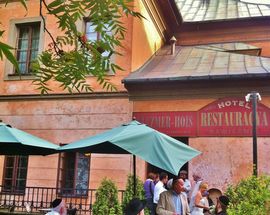 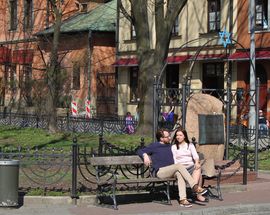 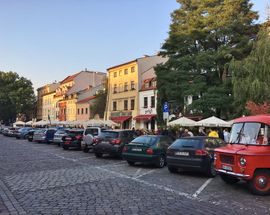 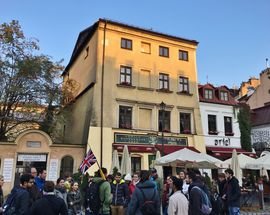 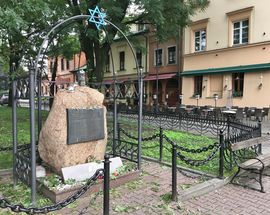 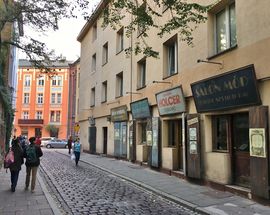 Kraków’s very own 'Broad Street' (as the favourite opening line of local tour guides goes) might differ considerably from its NYC doppelnamer, but the moniker fits; the street is so wide that it actually functions more like an elongated town square (‘town rectangle’?). In fact, ulica Szeroka originally served as the centre a small 12th-century village known as Bawół, which was absorbed into Kazimierz in 1340, a few years after the latter was awarded its charter. In the late 15th century Jews banished from Kraków started settling in the area, giving it a permanent place in local Jewish history. Housing three of Kraków’s surviving synagogues and an even split of high-quality and tourist-trappy restaurants, ul.Szeroka is today the epicentre of Jewish heritage tourism in Kraków; main points of interest include the 15th-century Old Synagogue, the 16th-century Remuh Synagogue and Cemetery, the 17th-century Popper Synagogue, and a 16th-century Jewish bath (mikvah) located in the basement of the Klezmer Hois hotel and restaurant.

An odd legend is tied to the small patch of green at the northern end of the street, which was walled off sometime during the ages for no reason apparent to early-20th century locals. According to a story perpetuated before WWII, an insubordinate wedding party took place there late one Friday, with revellers ignoring the rabbi’s requests to part as the Sabbath approached; feeling scorned, the rabbi cast a curse plunging the wedding venue underground and wiping out the newlyweds and all their guests. Ask a historian, however, and they’re more likely to tell you that the plot of land was probably a small cemetery used to bury those who perished from the plague. Today it has been fashioned into a memorial and “Place of meditation upon the martyrdom of 65,000 Polish citizens of Jewish nationality from Cracow” as a large stone monument explains.

ul. Szeroka 17-18
/krakow/ariel_16742v
You’ll hear mixed reports about Ariel; while our last visit was underwhelming, we've met many who extol the virtues of this veteran restaurant's varied Jewish cuisine. The setting is typical of the district, with antiques and heirlooms alluding to the
see more

ul. Szeroka 1
/krakow/dawno-temu-na-kazimierzu_18649v
From the outside this venue is disguised to look like a row of early 20th century trade shops and is decorated with awnings relating to the area's Jewish heritage. Things are no less c
see more

ul. Szeroka 2/ul. Miodowa 41
/krakow/hamsa_112454v
In a district whose dining establishments still treat Jewishness as a faded sepia part of the past (see the place next door for example), here's
see more

ul. Szeroka 40
/krakow/jan-karski-bench_146092v
Next to the Remuh Synagogue you'll see a space set aside to the memory and legacy of Jan Karski - a member
see more

ul. Szeroka 6
/krakow/klezmer-hois_16749v
Located in an old former mikveh - a ritual Jewish bath house - on ul. Szeroka, this is one of Kazimierz's most well-established restaurants, and a portal into the dusty sepia days of
see more

ul. Szeroka 24
/krakow/old-synagogue_16497v
Originally built in the 15th century, the Old Synagogue is the oldest surviving example of Jewish religious architecture in Poland, and one of the Kraków's most important historical monuments. Rebuilt in 1570 under th
see more

ul. Szeroka 16
/krakow/popper-synagogue_133590v
If you're paying attention, you might notice that in addition to the Remuh and Old Synagogues, there'
see more

ul. Szeroka 40
/krakow/remuh-synagogue-cemetery_16499v
Dating from 1553, this is Kraków's smallest but most active synagogue, with Shabbat services once again taking place here each Friday following the recent completion of restoration works. The synagogue was established by the family  famous 16th centur
see more