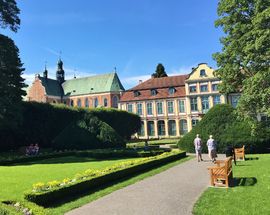 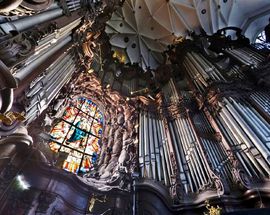 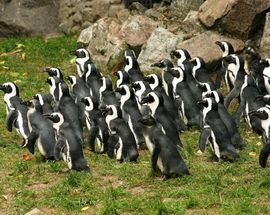 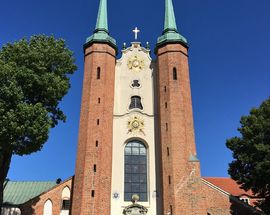 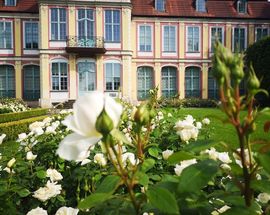 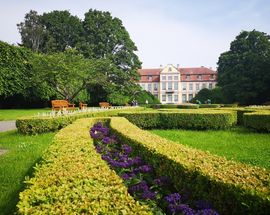 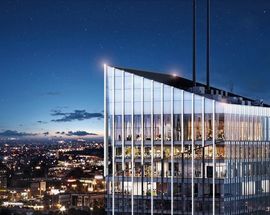 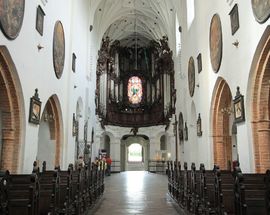 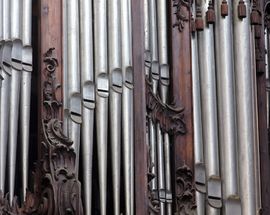 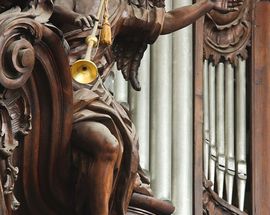 Arriving to discover that you have three cities to visit instead of just the one written on your airplane ticket might be daunting enough. But for the intrepid among you who like to get out and really see the city off the typical tourist trail, Gdańsk has a few districts beyond the Old Town which are worth further exploration.

Head north a further 4km on from Wrzeszcz (3 stops on the SKM train) and you’ll come to the peaceful, picturesque Gdańsk suburb of Oliwa. Known primarily for its parks, green spaces and tranquil contrast to the increasing tourist congestion of the centres of Sopot and Gdańsk, Oliwa's handsome streets and historical buildings are also gradually being cleaned up and renovated, making it an increasingly attractive place to live, visit and relax, away from the crowds.

The district began life as a small Slavic-Pomeranian settlement that grew around a Cistercian monastery established in the latter half of the 12th century. After a long period as a religious centre and a few catastrophes along the way, including substantial devastation caused by the Swedes in 1626 and again in 1656, Oliwa settled down to a peaceful and prosperous life, becoming an independent city in 1874 and remaining so until 1926, when it was incorporated into what was then the city of Danzig. Escaping major damage during WWII, Oliwa is home to around 20,000 people today and has a number of points of interest as well as cafes and restaurants to make for an interesting day out.

What to See & Do in Gdańsk Oliwa

The primary highlight of any trip to Oliwa is the Cathedral, which originally dates to the 12th century and plays host to some marvellous organ recitals. It's also a lovely walk from the train station to the Cathedral, the majority of which is through the beautiful intervening garden landscapes of Oliwa Park, which surrounds the Abbot's Palace. Home to a palm house (closed until 2020), the so-called 'Whispering Caves' and two museums - the Museum of Modern Art in the Palace itself (currently closed) and the excellent Ethnographic Museum in the Palace granary - Oliwa Park can occupy an entire day, and rewards those who put the effort in.

Gdańsk Oliwa is also home to the city Zoo, which is well worth a visit if you have children with you. Set in the beautiful setting of the forests on the edge of town, you can spend hours wandering up and down the hills. The enclosures are constantly being improved or rebuilt and each season seems to bring a new resident. When it comes to zoos, this is one we can all feel relatively good about.

Lastly, Oliwa is home to the Olivia Business Centre - the largest office park in PL, which includes northern PL's tallest skyscraper, the Olivia Star. With a 32nd floor observation deck, this is as high as you can get legally in northern PL, and the panoramic views, not to mention the setting for a fine meal, should be unbeatable.

Some 11km north of the centre of Gdańsk, and less than 4km south from Sopot, the easiest way to get to Oliwa is to take the SKM commuter train, which runs regularly from either station; from Gdańsk Główny Oliwa is the 6th stop (journey time 14mins; 4.20zł), from Sopot the 3rd stop (6mins; 3.20zł). Buy a ticket from a machine at the station and make sure you stamp it in the yellow box on the platform before you board the train.

Driving to Oliwa from Gdańsk is a straight shot up road 468, and takes about the same amount of time as the train, or longer depending on traffic. A taxi costs about 35zł from Gdańsk's Old Town, 25-30zł from Sopot, but honestly from Sopot you could ride a bike and get there in 15mins if you're so inclined.

What to Do & See in Oliwa

ul. Karwieńska 3, Gdańsk (Oliwa)
featured
/gdansk/gdansk-zoo_21212v
Set in the forests of Oliwa, visit one of Poland's best zoos, and at a fraction of the price of most western zoos. On show are a host of wild animals with the …
see more
Featured
Outdoor Attractions

ul. Cystersów 18 (Oliwa Park), Gdańsk
/gdansk/museum-of-modern-art_31900v
Inside the superb Pałac Opatów (Eng: Abbots' Palace), of which the oldest parts date back to the 15th century but which owes its present look to a splendid …
see more
Polish Restaurants in Gdańsk

ul. Opacka 8, Gdańsk
/gdansk/oliwa-cemetery_79085v
The main cemetery in the Gdańsk district of Oliwa is notable for the number of older graves you can find as you wander its paths, but it really comes into its …
see more
Museums

ul. Tatrzańska, Gdańsk (Oliwa)
/gdansk/pacholek-hill_53485v
Less of a park - more of a point of interest. Located between the centre of Oliwa and the Zoo to the west, Pachołek Hill sits 100m above sea level where a 15m …
see more