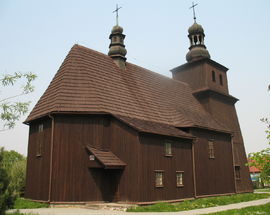 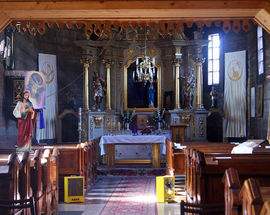 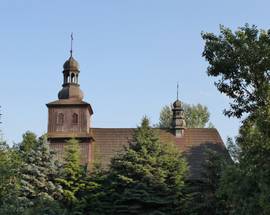 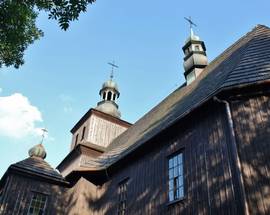 Next door to Matejko's manor house, this is one of two wooden churches in the area. Built between 1633 and 1648 in the village of Jaworniki in the mountains on Poland's eastern border with Ukraine, when the church was threatened by demolition in the 1980s local authorities surprisingly approved its transfer to Krzesławice as part of a planned open-air folk architecture museum which never came to be. A tower was added and the historic monument took on new life as a place of worship, which continues today with regular services held in the small, single-aisle interior.