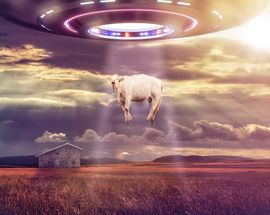 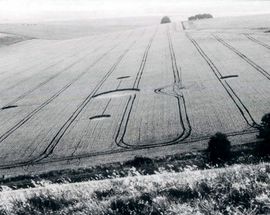 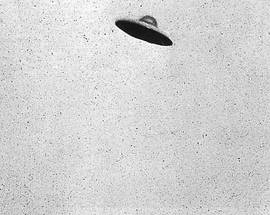 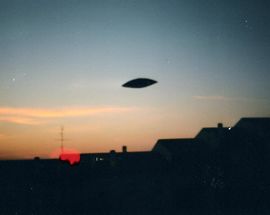 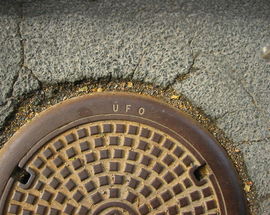 Wielkopolska and the Polish heartland are something of a hotspot for the paranormal, with apparitions and extraterrestrials forming a surprisingly significant part of local lore. The site of an ancient meteorite impact, Poznań particularly seems to have a supernatural spark in the air, and those foolhardy enough to face the weird and uncanny head-on can engage in a bit of ghost hunting while in town. According to locals, if you stalk around Poznań's Royal Castle after dark, you may have the surprise of spotting the 'White Lady’ (Biała Dama) Ludgarda - the wife of Duke Przemysł II. Allegedly murdered in her bathtub by servants in 1283, some stories claim her death was ordered at the behest of her husband. Nowadays her ghost is said to roam the Royal Castle, sometimes with the figure of a ‘Black Knight’ next to her - a mysterious character who was spotted crying at her funeral.

There’s even more of a chance to see phantoms if you head outside of Poznań. Take for example the story of Halszka, a woman kept captive in a tower by her jealous husband. Forced to wear an iron mask during her fleeting trips to mass she ended her days insane, and nowadays her demented wailing can be heard haunting the tower of Szamotuły Castle, 30 kilometres northwest of Poznań.

Finally, check out Łagów Castle in the heart of the Lubuskie province, halfway between Poznań and Berlin. The spooky likeness of former castle commander Andreas von Schlieben was first spotted here in 1820 when the president of the Poznań Treasury saw the ghostly shape of the knight engulfed in flames standing at the foot of his bed. Since then he’s been spotted several times, though only in spring and summer, and only by men. Today the castle also serves as a hotel, and guests with very particular tastes even have the choice of opting for a night in the ‘Torture Room.’ Fitted with a huge solid wood bed, this 'Fifty Shades of Ghoul' experience comes complete with clunky manacles suspended from the walls and other creepy and deviant decor.

In Wielkopolska, however, it's not just ghosts and weirdos that go bump in the night. The region has also earned a bit of a reputation for UFOs (or NOLs as they are called in Poland). To date the most infamous case can be tracked to 2001 when a 20 year old woman happened upon an alien near Sieraków Lake. The 1.5 metre tall mantis-like extra-terrestrial allegedly stared emotionless into the eyes of the startled female before beating a speedy retreat into the surrounding cornfields. Small footprints were found the following day at the site, though efforts to later identify them drew a blank. Most recently reports of aerial weirdness have been filed in the region of Lake Malta, as well as Jeżyce Forest. Jan Świerkowski  - Poland's preeminent astrologist/brainy science guy - claims that 95% of such claims can be explained as atmospheric changes that mankind simply doesn't understand yet, but the other 5% of sightings remain an utter mystery. Sounds like total blather to us, but seems to indicate that Świerkowski, like us, wants to believe.

It would appear that Poland is weird all over, but real enthusiasts of the unexplained will head nowhere other than Wylatowo, a small rural village situated halfway between Toruń and Poznań. It’s in this backwater a strange cigar-shaped object was photographed floating in the skies in 2006, with lab tests since confirming that there were no camera tricks or other such jiggery pokery involved. But that’s not the only peculiar happening; since 2000, when crop circles first started appearing in the neighbouring fields, Wylatowo has established itself as a Mecca for Polski ufologists. While some claim the circles are the work of savvy farmers looking to make a quick buck, investigations have yet to determine the cause of this annual summer phenomena.

Wroniecka 30, Szamotuły
/poznan/szamotuly-castle_168431v
Szamotuły Castle was erected at the beginning of the 15th century by the Nałęcz–Szamotulski family. In 1513 it passed into the hands of the Górka family, who …
see more
Places of Interest

Góra Przemysła
/poznan/royal-castle_125851v
Every European city worth its salt has a castle, and Poznań actually has two. Indeed, the 20th-century 'Zamek' wes
see more
Castles & Palaces

ul. Kościuszki 3, Łagów
/poznan/lagow-park-castle_169010v
One of Lubuskie's most quaint and picturesque areas, Łagów is located in the very heart of Lubuskie midway between Gorzów Wielkopolski and Zielona Góra. From a …
see more