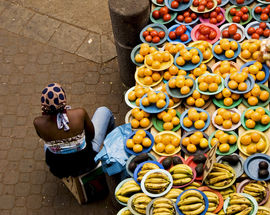 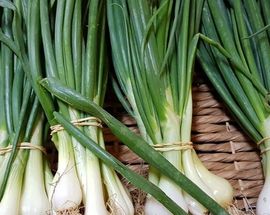 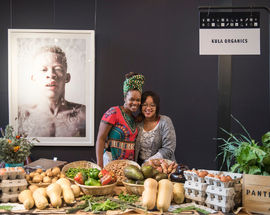 While trendy weekend markets like Braamfontein's Neighbourgoods on Saturdays or the Sunday Market On Main in Maboneng are the hangout of choice for young Joburgers looking for craft beers, cocktails and gourmet burgers, Joburg also has a thriving fresh produce market scene. From classy artisanal farmer's markets that appeal to discerning middle class shoppers to bustling urban and township market places that have catered for decades to those stocking up on basic fruit and veg at the best prices, the supermarket hasn't killed off Joburg's everyday fresh produce markets just yet.

Joburg's original organic fresh produce market is the Bryanston Organic Market (open Thu and Sat) which has been running for more than 40 years. The ultimate organic shopping destination, the market's traders are all proudly Fair Trade and organic and free from preservatives and GMOs. As well as fresh produce from local small-scale organic farmers, there's also a choice of deli stalls selling everything from fresh bread, jams and preserves to raw honey, meat, nuts and grains, cheeses and juices.

Relative newcomers to the organic fresh produce market scene include the Victoria Yards development in historic Lorentzville in east Joburg, where fresh produce is on sale every Friday harvested from the Victoria Yards urban gardens and on First Sundays from small urban farms based in the surrounding neighbourhoods. Another inner city farm in the east of Joburg is the Siyakhana Food Farm Project. Originally a dumpsite adjacent to the Bezuidenhout Park, Siyakhana is now a sprawling one hectare food farm, with a training and research hub and demonstration site, offering fresh organic kitchen staples like potatoes and leeks alongside aromatic herbs and gardening basics every day of the week.

If you are looking for more old fashioned streetside markets Joburg's entrepreneurial spirit can never be dimmed and for every taxi rank you'll find a makeshift stall or five nearby selling basic fruit, veg and possibly a side of grilled mielies. One of downtown Joburg's biggest markets is Kerk Street market which stretches for five blocks between Harrison and Von Brandis Streets. Alongside the fruit and vegetables there's also cheap knock-off clothing and a plethora of barbers and hairdressers who ply their braiding and weaving skills from stools on the street making for a lively detour from the downtown tourist trail.

Meanwhile in the gritty immigrant community of Yeoville, the Yeoville Market, which caters to the neighbourhood's predominantly pan-African population, is a delicious jumble of plantains, African landrace chillies, unusual spices and chikwanga cassava breads. Local tour company Dlala Nje offer culinary walking tours of the area. In Soweto one of the biggest fresh produce markets borders Walter Sisulu Square in Kliptown with dozens of traders manning colourful stalls that sell an abundance of fresh fruit and vegetables, as well as sacred African herbs like imphepho and at breakfast some of the best freshly-made amagwinya (deep fried dumplings) around.