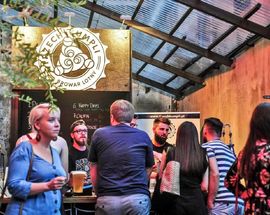 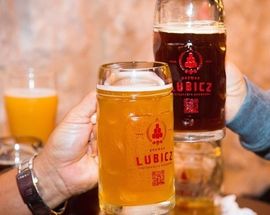 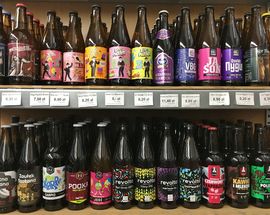 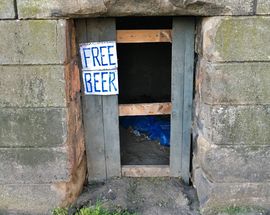 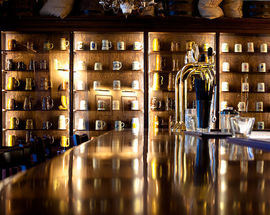 Polish beer culture has made incredible strides in the last decade, with an explosion of Polish craft breweries and multi-tap bars, and a dramatic increase in the diversity of beers available in both pubs and shops. Today Poland is in the midst of a bona fide craft beer revolution, in which beer is discussed, described and degustated with the same level of snobbery as wine or whisky. That's a huge turnaround from just 2010, when the Polish beer market was monopolised by the bland national lagers Żywiec and Tyskie (basically the Carlsberg and Heineken, or Coors and Bud of PL). These two beers, as well the next half dozen best sellers (including Lech, Okocim, Żubr and Warka), are basically indistinguishable in a blind taste test, and go a long way towards explaining why vodka is so popular in PL. But that's the past. Though international stereotypes still primarily profile Poles as drinkers of vodka and bad beer, Poland is becoming more and more a country of beer connoisseurs, willing to pay 15 or more złoty at the bar for a half-litre of local craft beer that doesn't taste like filtered horse urine.

Below we list the top bars in Kraków for craft beer, but which local brands should you try?

Kraków is home to several brew pubs, most notably T.E.A. Time (the British one), Browar Lubicz (the modern one), and Stara Zajezdnia (the enormous one in an old tram depot), but none of their beers enjoy distribution outside their own premises. That's not the case with Pracownia Piwa, a brewery based in Modlniczka near Kraków Airport which has been in the craft beer game since 2012. Their brewery has recently been converted into a proper brew pub, with a full menu of food and drinks, and is absolutely worth the trip if you've got a vehicle; if not, their flagship pub Tap House is located right on the market square, and you'll also find their beers in shops that specialise in craft beer.

Recently, the AGH University of Science & Technology ('Akademia Górniczo-Hutniczy' or 'AGH' as it's known locally) has also gotten in on the brewing game, opening Browar Górniczo-Hutniczy (BGH) on their campus just west of the city centre in Bronowice. Offering a range of quite outstanding brews, you'll find BGH label beers in the on-site Klub Studio events venue, as well as in Klub Buda and other Kraków area pubs and shops.

In addition to Pracownia Piwa and BGH beers, if you're in a beer shop (like Regionalne Alkohole or Strefa Piwa) or multi-tap bar, keep an eye out for Brokreacja (an award-winning local brewery with their own pub on ul. Starowisłna) and Browar Stary Kraków (these pioneers of the local craft beer craze are based in Nowa Huta; their main ale 'Smocza Głowa' is available in Pierwszy Lokal).

There are literally hundreds to choose from these days, but for the top Polish microbreweries with wide national distribution, wet your whistle with beers from Pinta (who have their own pub on Floriańska), Trzech Kumpli (based nearby in Tarnów), Ale Browar, Artezan and Dr. Brew. If you want to know our personal favourite Polish breweries (though hardly the easiest to find), the current shortlist is Perun, Golem, Trzech Kumpli and Roch.

If you're a beer fanatic looking for a specific brew, or just have to know exactly what's on draught in each of Kraków's multi-tap pubs, there's actually a website and app for that: ontap.pl - further proof that Poland's beer culture is headier than ever. Na zdrowie!

ul. Sławkowska 12
/krakow/antycafe_81065v
As tempting as it would be to call Antycafe a 'hipster haven', since mocking hipsters is more hip than being one these days, we wouldn't want to do this …
see more
Bars & Pubs

ul. Stradomska 11
/krakow/bropub-craft-beer-burgers_151312v
The flagship bar of Brokreacja - a mad decent microbrewery in Szczyrzyc, about 45km away. BroPub offers 16 taps, almost exclusively of their own stuff, with …
see more
Breweries

ul. Lubicz 17J
/krakow/browar-lubicz_138981v
​Originally founded in 1840, this historic brewery has reinvented itself and risen again as a snazzy post-industrial brew-pub producing craft beers. If you …
see more
Concert Venues

ul. Warszauera 3 (entrance from ul. Kupa)
/krakow/omerta_37850v
A cult hangout for local beer connoisseurs, Omerta overcomes a tired Mafia theme (replete with pics and quotes from The Godfather), with one of the best beer …
see more
Breweries

ul. Dietla 1
/krakow/tea-time_130027v
The name is an acronym for Traditional English Ale, which they brew in the basement and dispense from eight draughts (two of which are hand-pumped) upstairs. …
see more
Bars & Pubs

ul. Dietla 97
/krakow/poli_86899v
Liberally packed with a mix of foreigners and foreign-friendly folks, this modern upstairs bar is good place to mingle is you're feeling overwhelmed by your …
see more
Bars & Pubs