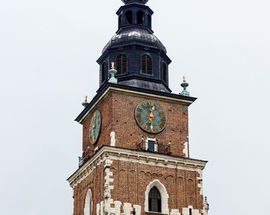 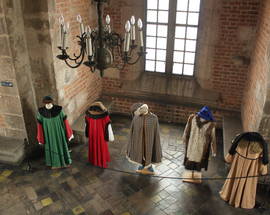 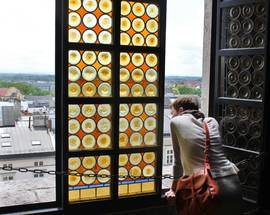 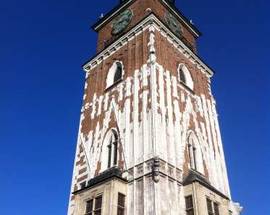 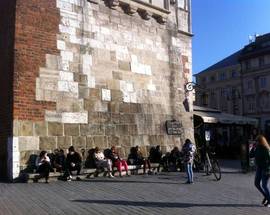 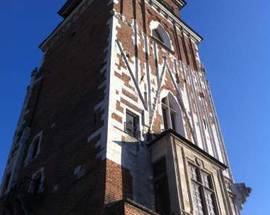 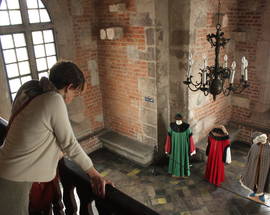 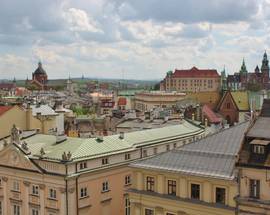 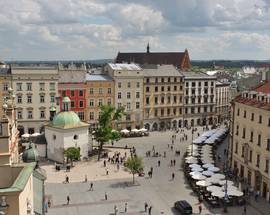 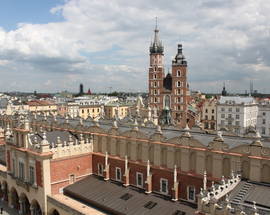 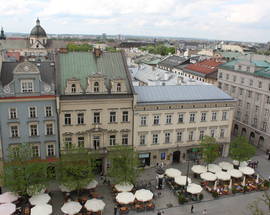 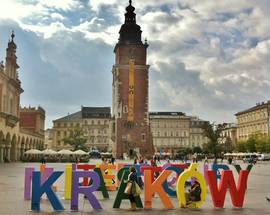 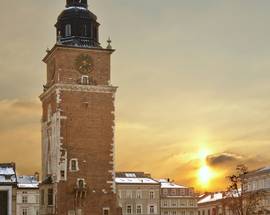 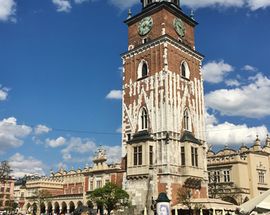 After many fires, renovations and uncaring demolitions, the only element of the 14th century Town Hall remaining is this 70m-high tower, proudly standing next to the Cloth Hall. Known as Kraków's 'leaning tower,' the structure actually leans some 55cm, a curiosity credited to a particularly forceful wind back in 1703. As a museum (closed Jan. to end of March), the Town Hall Tower offers little aside from some medieval costumes, black and white photos, information about the clock at its top, decent views, and lots of stairs. With the balconies off limits, you can take some so-so snaps by leaning out the open windows, but they aren't the calendar quality panoramas you might be anticipating. Overall we'd say a visit here is over-priced, underwhelming, and completely skippable. Outside the tower you will also find a metal model of the old Town Hall as it looked in the 18th century - part of a series made specially by the local authorities to allow the blind to visualise the city (or in this case, how it once looked).

Rynek Główny
/krakow/eros-bendato_58845v
Among Kraków’s most well-known landmarks, this sculpture in the western corner of the market square is a popular meeting place and at some point serves as a photographic backdrop for almost every tourist who visits the city. Affectionately referred to
see more

Rynek Główny 1
/krakow/ratuszowa_16367v
In summer, this is one of the most lively locations on the market square, with fantastic live concerts every evening in the covered seating under the Town Hall Tower. In winter, the
see more

26.11.2018
Spence
Sheffield
The view really is disappointing. If you're expecting to take some amazing photos of the market square, think again. Even hanging out the window only gives you a limited field of view.
Take your guide with you Download a pdf