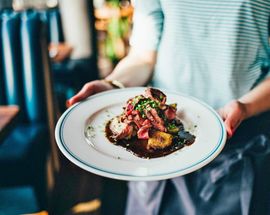 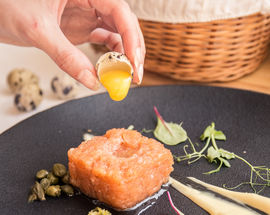 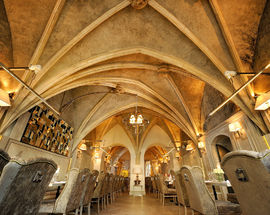 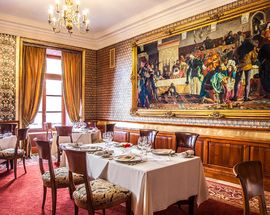 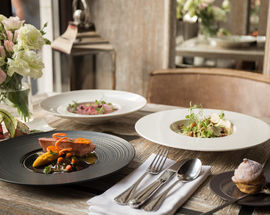 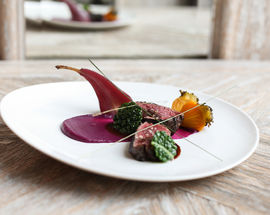 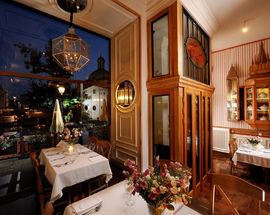 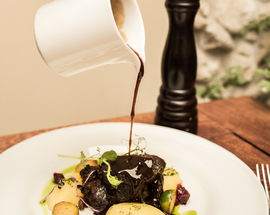 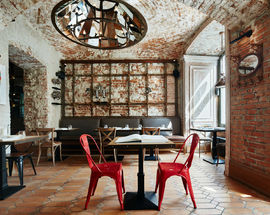 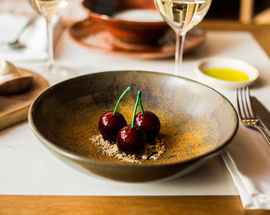 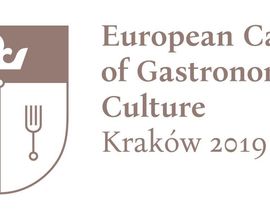 Chew on this: In 2019, Kraków - a city increasingly accustomed to being feted with lofty titles by international organisations (UNESCO World Heritage Site, City of Literature) - was bestowed yet another: European Capital of Gastronomic Culture 2019. The title was divined by the newly established European Gastronomic Academy, and 2019 was the first time that said award had ever been awarded. As such, Kraków - much like a communist-era mother holding a crying baby - had essentially skipped to the front of the queue of gastronomic prestige, straight past perhaps more obvious or deserving contenders like San Sebastian, Lyon, Florence, Copenhagen, Lisbon (who it apparently beat in the final by unanimous decision)...heck, Warsaw, and...well, much of western Europe. Nonetheless, and hardly surprisingly, the unexpected honour was loudly cheered locally, where hundreds of pierogi-pinching babcias paused their work to take a bow....

But we kid. In all sincerity, while this is a seemingly curious, and we would presume controversial to many, accolade indeed, it underlines the distance that Kraków has come in the last three decades, from the old-fashioned former capital of a country with state-run restaurants, no sense of customer service, no culture of dining out, and a paucity of green vegetables, to the inaugural winner of a prestigious gastronomy award from a seemingly legit organisation. The European Gastronomic Academy has essentially staked their reputation on the idea that Kraków is one of the very best, most underrated cities for foodies in Europe. Do they know what they’re talking about?

We would argue that...yeah, they do. From our unique perspective of observing the hospitality, gastronomy and tourism markets of Kraków for the past 20 years, the city has certainly undergone a remarkable transformation. Just take a look at our guide for the evidence. Our first edition of Kraków In Your Pocket, published in 1999, while largely a love letter to the city (which it remains to this day), was also a catalogue of complaints about service and warnings to our western readers when it came to the Restaurants section. There were only a handful of decent restaurants in town, and those top venues certainly weren't anything you could call ‘trendsetting.’ Today we don’t have room in print for all of the worthy restaurants in town, let alone snarky reviews of which eateries to avoid (those you can find online), despite the fact that this section has only grown in length over the years. Quite simply, Kraków is is one of the top travel destinations in the world today, and it has the restaurants to reflect that; we’re proud to recommend so many of them.

What makes Kraków a 'City of Gastronomy'?

1. The city’s restaurant industry is experiencing its Renaissance

Kraków is a late, late bloomer. Not until after the collapse of communism in 1989 did the city reestablish any sort of international profile, but its reputation as a beautiful and exciting tourist destination has steadily risen since, with tourist numbers increasing significantly each year over the past decade to the point that a record 13 million tourists were reported in 2017. In concert with the city’s growing tourist volume, Kraków’s restaurant sector has gradually expanded, creating more space in the market for an ever-expanding diversity of ethnic cuisines, inspiring innovative kitchen concepts and keeping the city at the forefront of contemporary trends in not only gastronomy, but also interior design. More restaurants means more competition and a steady increase in standards, to the point that in 2018 the city had 26 restaurants with Michelin recommendations (whatever those are actually worth). More and more high profile chefs are coming to Kraków and the city is becoming a proving ground for the industry’s best restaurateurs.

Polish cuisine has long conjured images of queues in milk bar cafeterias or cottage kitchens with surly babcias behind the counter, but the reputation of the national kitchen has been on the rise as a new generation of Polish gourmands have been reinventing traditional dishes and rediscovering the diversity of Polish products and tastes. Though once decried as bland, boring and basic, Polish cuisine is now hailed for its simplicity while producing such richness of flavour, and a newfound appreciation for the creativity and inventiveness of Polish food (particularly the practice of pickling vegetables for the winter) has emerged.

Further boosting the international reputation of Polish cuisine is the traction gained by the 'slow food,' 'farm to table,' 'eat local' and 'eat seasonal' movements - contemporary gastronomic trends which have been the basic principles of Polish cooking since medieval times. Locally sourced, seasonal ingredients from Małopolska are proudly served in the city’s top restaurants, where the chefs are also embracing the complexity of Kraków’s historical and cultural influences, by fusing and blending characteristics from traditional Polish highlander, Jewish, Hungarian, Ukrainian and Austrian cuisine to create a new modern Małopolski kitchen. This new sense of pride but also imagination in Polish cuisine is largely being fostered by local chefs, many of whom have trained or worked abroad and returned to use their expertise to elevate the national kitchen to new heights. Kraków’s competitive restaurant scene has become a cottage industry for producing some of the most talented chefs in Europe.

3. Kraków is home to numerous farmers' markets and culinary events

Home to the largest medieval market square in Europe, merchants and farmers have flocked to Kraków to sell their products and produce for centuries. Present-day Cracovians still love to do their food shopping at open-air markets, trusting the integrity and preferring the flavour of locally-grown food over that which they find in supermarket chains. Almost every district in Kraków has its own farmers' market; the daily market at Stary Kleparz - centrally located right between the train station and market square - dates back over 800 years and is arguably the city’s best, while over the river in Podgórze local residents have organised their own weekly farmer’s market (Targ Pietruszkowy) focussed on fresh, organic foods produced exclusively within 150km of Kraków.

Kraków is also home to an increasing number of food and gastronomy events, from food truck festivals to Restaurant Week (in April and October), and public squares like Mały Rynek and Plac Wolnica routinely host regional food fairs dedicated to Wine, Bread, Honey, Pierogi and more.

4. Food, Hospitality and Atmosphere combine in Kraków like nowhere else

Put simply, Poles love food, enjoy eating, and have a tradition of feasting that goes back to the Middle Ages. Eating is a big part of Poland’s culture of domestic hospitality. If you’ve ever visited a Polish home, you were probably offered drinks, snacks and sweets non-stop, served them whether you accepted the offers or not, and not allowed to leave without having eaten at least half a cake and drinking a gallon of tea (or a litre of vodka, depending on the occasion). This kind of hospitality - which directly ties food to comfort - is simply part of the national character, and present everywhere from private homes to 5-star hotels.

As essentially the only major Polish city to have escaped WWII with its architecture intact, Kraków’s city centre possesses a special atmosphere like no other place in Europe. With almost all of the city’s notable restaurants concentrated inside the Old Town and former Jewish quarter of Kazimierz - both of which were added wholesale to UNESCO’s first-ever World Heritage List - Kraków invites you to dine in unforgettable and undeniably romantic surroundings. Enjoy excellent food and hospitality in Gothic cellars, Renaissance palaces, former Jewish prayer houses, hidden monastic gardens and bustling public squares with exclusively Cracovian views. The city’s charm is so thick, you can eat it with a spoon.

Follow the link for all of our Kraków Food & Drink articles.